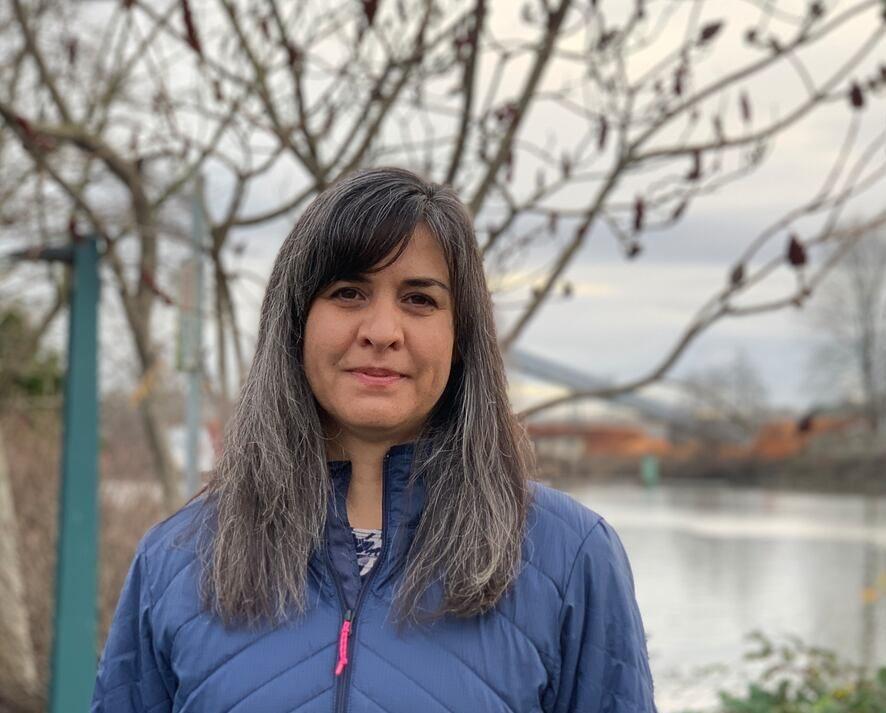 Nothing about the life of Ngaio, KORU’s founder, owner and Managing Director, has ever been “run-of-the-mill”.

Born in Canada, Ngaio, was raised as a farm-girl in rural B.C.

She became a journey-person carpenter in her early 20s and after many years of building and crafting in construction, Ngaio devoted herself to being of service helping people care for their dead.

Ngaio is a licensed funeral director and embalmer with two decades of experience.

Prior to opening the doors of KORU in 2013 (formerly known as Classic Cremation & Funeral Services), Ngaio was a front-line worker and manager in both corporately and privately owned funeral homes on Vancouver Island and in Metro Vancouver.

Working in funeral service requires one to be wholly present in each and every situation, to be able to listen to and through the words of the bereaved and respond appropriately, to be able to adapt to an ever-changing landscape, and to quietly support the people you work with. These attributes are what drew Ngaio into funeral service and her dedication to stay true to them is what keeps her in this field. There is very little Ngaio hasn’t seen or dealt with around diverse funeral and mourning rituals, family dynamics or unusual circumstances.

When you call a funeral home, you’re usually at an incredibly vulnerable and intimate time in your life.

Ngaio believes that the responsibility of funeral professionals is simply to serve people’s needs, whatever they are. Too often families are forced to compromise and settle for the services and products offered by funeral homes, even when what’s offered isn’t exactly what they want. Ngaio sets herself apart from other funeral directors and conventional funeral homes by simply asking, “How can I help you?” rather than providing a limited number of options and then asking you to choose one.

Ngaio is fully committed to offering you sincere and genuine assistance. She is also keen to encourage you to talk openly about death and dying, topics with which most North Americans have a poor relationship. Ngaio has experienced all too often the utter desperation people are faced with because they are not at all prepared to face a death experience.

At KORU our funeral directors relish the freedom to help spearhead meaningful and courageous conversations in death care.