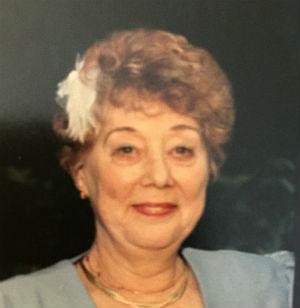 We are saddened to announce the passing of Anna Hendrika de Chavonnes (nee Veltman) on May 24, 2019.

She was predeceased by her husband Matt and her mother Eva.  Survived by her only child, Rainier and his wife Barbara. Ann was born November 14, 1925 in Amsterdam, The Netherlands, the only child of Eva and Gerrit Veltman.

Ann met her husband Matt in 1948 in Amsterdam and married Feb 14 1952.  In 1955, they and their dear friends Janet and Pieter Melissen, made the trek to Canada to start a life together with hopes for the future as part of a Canadian immigration program for farmers.  While neither were farmers, Matt went to school to learn how to milk cows, etc..  They arrived in Montreal, then travelled via rail to Vancouver where their farming sponsors were to pick them up.  When no one showed, another sponsor who couldn’t find their people, connected with them on the train station platform.  Off to Abbotsford to a hunting lodge.  After a few years, and some schooling by Matt, they left for Vancouver and a job in drafting.  In 1959, a son added to the family.  In 1962, a move to Burnaby and their first house.  The house was a centre of many a party and card club gathering along with a basement where Rainier’s friends would hang out. Her husband Matt would pass away suddenly in 1978, beginning a new chapter of her life.  She travelled to Holland each year while her mother was alive and often took trips with her friends Janet and Pieter, and later just Janet. In the most recent past, her health took a turn and she struggled with vascular dementia.  After a recent hospital stay, she is now free to dance again with her beloved husband Matt.  She will be missed. No service by request.

Many thanks to the nurses in the ACE section at Eagle Ridge Hospital. Donations can be made in her memory to the BCSPCA or Alzheimer’s Society.