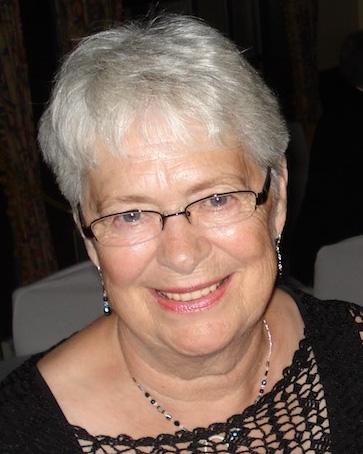 Betty Evelyn Hoffman, 84, of North Vancouver, took her final breath with her four children at her side.

Betty was born in Plumas, Manitoba, the eldest daughter of Murray Ralph and Nettie Evelyn Parsons. When Betty was six years old, Murray and Nettie moved the young family to Kenora, Ontario, where Betty and her siblings spent the remainder of their childhood.

Betty found her passion for fitness and athletics at Kenora Keewatin High School, where she played both basketball and volleyball, and was a dynamic cheerleader. Although she was a strong student, with immaculate penmanship, she left school after Grade 11 to work in one of Kenora’s banks. Through a former classmate, Betty met her future husband, Charles James Hoffman, and the two married on December 14th, 1957, in Kenora, Ontario. After stops in Flin Flon, Regina, Calgary, and Winnipeg, the family of six settled in North Vancouver in 1970. Betty’s athletic pursuits continued as a highly-competitive curler and swimmer, through the William Griffin Pool Masters Swimming Program, where she met her beloved friends in the early 1980s, among them sister-by-another-mother, Joan (John).

In keeping with Betty’s wishes, she will be cremated, with no funeral service. A celebration of life will be scheduled at a future date. Donations in Betty’s memory can be made to Canuck Place Children’s Hospice, https://www.canuckplace.org/donate/.