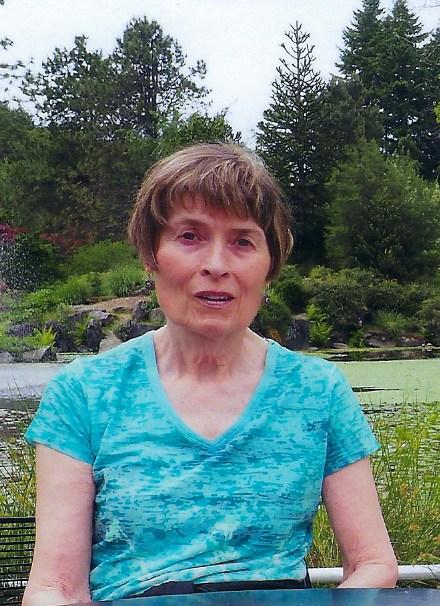 Cheryl died peacefully and on her terms on November 14, 2021 at Laurel Place Hospice, Surrey. She is survived by her sister, Gail and her circle of dear friends.

Cheryl taught in Delta for most of her teaching career, instilling a love of literature and a deep curiosity about the world we live in, to her students. Cheryl adored her cat, Sergio and was an avid English Country dancer, square dancer and book club enthusiast.

From the recollections of Cheryl’s long-time friend, Louise.

“Cheryl and I began our teaching careers in Tsawwassen, at English Bluff Elementary in the 1970’s. We were both in our twenties and excited about working with our students. Cheryl taught Grade 5’s.

She was also a very talented musician, and had studied music at UBC, and took on the music program for intermediate students at the school. She played piano and harp and enjoyed singing.

Before Cheryl moved to White Rock, she lived one block away from my husband and I on Centennial Beach in Boundary Bay. We used to go for long walks together, she thoroughly enjoyed watching the wonderful bird life that flourished along the shoreline. Cheryl had a great affinity for the ocean and even in her last days we would go down to Crescent Beach and just enjoy looking out across the water.

Eventually Cheryl moved to a school in Ladner and continued to instil a love of literature and a deep curiosity about the world we live in, to her students.

Towards the end of her career she worked exclusively with Home Hospital students. This was based in Burnsview Secondary in North Delta. This assignment came with many challenges but Cheryl thrived on helping her students achieve,  she had really found her calling.

Cheryl was intelligent, she had strong skills of observation and was able with ease, to succinctly and accurately  sum up situations.

She was particular about her clothing choices and always managed to look comfortable yet classy.

Cheryl had an amazing memory, she could recall students’ names and how they brightened her day. She  had a wonderfully dry sense of humour and a beautiful smile. I will miss her greatly but always remember her bravery, ability to rise above adversity and her genuinely kind nature.”