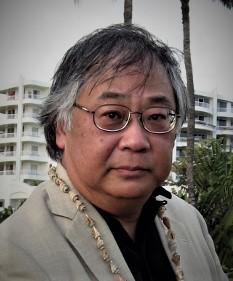 It is with deep sadness that we remember Dale, who died peacefully on December 11th, 2020 at the age of 68. Dale was a gentle soul who will be greatly missed for his ready smile, warmth, generosity and loyalty to family and friends.

Dale, the youngest of three sons, was born in Kamloops where his parents moved following their forced relocation to Kaslo in 1941. When Dale was a teenager the family moved to West Vancouver, where he forged close friendships that lasted a lifetime. Dale, ever young at heart, also treasured his relationships with his beloved niece and nephews, who in turn, valued him as a special person in their lives.

Like his eldest brother, Robert, Dale was a lawyer. He practised in several settings, but a highlight was a two year assignment in Tokyo. It not only let him experience a different legal system, but deepened his interest in and appreciation for Japanese culture and food.

Dale was predeceased by his parents Edward and Mata Banno and his brother Robert. He is survived by his brother Victor (Debbie Griswold), sister in law Cathy Makihara, nephews Kevin (Christine), Brian (Nancy Dos Santos) and niece Katherine (David James), grandnieces and many other relatives and friends.

We thank Dr. Brad Fritz for visiting Dale at home and for helping arrange transfer to St. John’s Hospice in Vancouver, where Dale was well cared for in the last days of his life.

No service will be held at this time. If you wish to make a donation in his memory, please consider Nikkei Place Foundation or St. John’s Hospice.