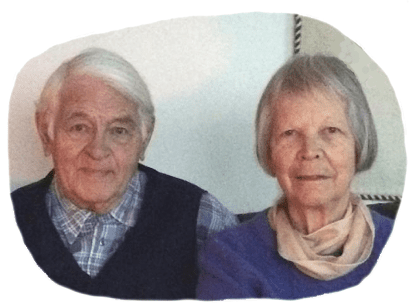 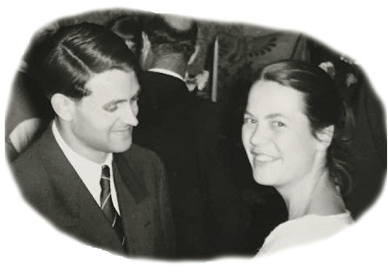 Dietmot passed away peacefully at home in the early morning hours as the sun began to rise. She was lovingly taken care of by her husband and family for the last year. Though her body weakened, her mind was active and clear until the end, and she remained a loving and devoted wife, mother, grandmother and great grandmother. She is survived by husband, Werner, daughter Bettina (John), son Thomas (Katrina), daughter-in-law Ute (predeceased by son Arnold in 2019), 13 grandchildren and 7 great grandchildren.

She was born in Berlin as the third child in a large family of seven siblings. From the young age of five, Dietmot was a strong character, never letting it be known in her family that she struggled with school. Shortly before the outbreak of World War II, the family relocated to Danzig (today Gdansk, Poland). There they rented a house with a large garden filled with fruit trees, berry bushes and vegetables. This was the most magical time in her childhood, when she was able to be carefree in
wonder and innocence.

In 1945 everything changed when her mother had to flee with all the children to western Germany as a result of the country being divided. Although there were many difficulties Dietmot had to face over the next years of her life, she forged on, completing her education at an all-boys school and later at a private school run by Protestant sisters. She moved to Düsseldorf in 1950 where she trained as a secretary and then worked in her profession for a number of years. She also experienced
a rich family life with parties and dances during this time.

In 1955 she met The Christian Community and her husband Werner, the priest, to whom she soon became engaged. In 1957 she followed Werner to Toronto and began her married life. The transition to a new culture and language was very difficult for her. Despite the struggles of living in a new country, she worked as a secretary for the Ontario government and then for a short while in an import store. Her 3 children, who were born in 1962, 1966 and 1968, became the most important part
of her adult life. She devoted much time and love to their up-bringing, always staying a constant in their lives. She was the spirit holding the household together, especially when her husband had to travel for the church, and this care and help continued when the family moved to Vancouver in 1979.

Dietmot loved to garden, and was proud to have a beautiful yard full of flowers and herbs. Her cooking and baking was always loved by her family, especially her grandchildren who enjoyed helping her bake the best “oma bread”. Making jams, pickles, breads, and preserves was a skill she perfected over the years. Many evenings were filled with sewing, candle making and reading. She enjoyed poetry and literature and always sang to her children at bedtime. Dietmot was a strong, proud
woman always interested in others around her. She diligently carried on a lively and extensive correspondence with family and friends around the world, never forgetting to answer a card or letter. She lovingly supported her husband, her family and her community with all that she had to give. Her church was something she devoted herself to by serving in administrative and other church tasks. She also often put her secretarial training to use by volunteering and helping in other organizations, such as the Anthroposophical Foundation Program.

In her later years, she enjoyed time with her grandchildren and great grandchildren, creating valuable memories for them and never forgetting a birthday phone call. She continued to support her husband in their church for many years, always staying devoted to The Christian Community. She also spent many hours studying Anthroposophy with Werner. The routines they followed kept her tending her garden and cooking good food until her strength would no longer allow her to do so.

We will always remember her with love and gratitude.