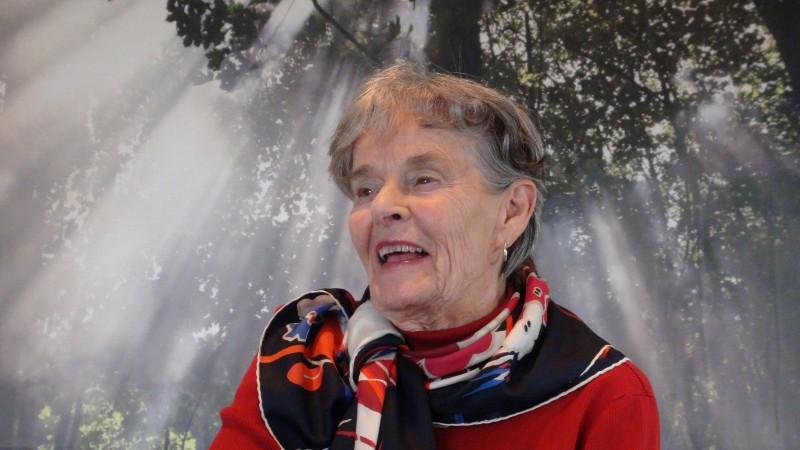 Doreen Schell was born in Estevan Saskatchewan on June 24, 1929. She was the fifth of six children, growing up on a large wheat farm in southeast Saskatchewan. At a very young age Doreen showed her natural skill and lifelong love; cooking for large crews where food was often the only pay for depression era workers. She left home as a young woman, moving to Regina where she trained as a nurse. On completion, she was offered a scholarship for further education in Boston. At the same time she met the love of her life, Jim Doyle, a handsome young pilot, stationed in Regina. They went on an incredible journey! 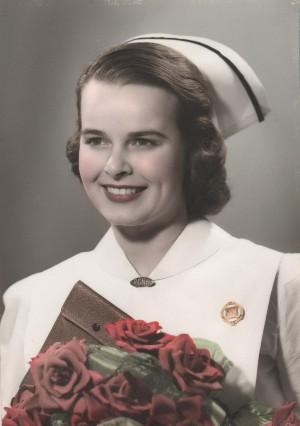 Married in 1952 the family very quickly expanded: Mary (Tim), Joan (John), Ruth (Bill), Jim (Wenda), Brian (Karen), Bernie, Gregory (deceased), Tom and Bob. Jim was often flying, but somehow Doreen found time to garden, sew, play the piano, learn to swim and drive, and, most importantly, keep her large family well fed with delicious and nourishing meals. There were usually 10 (or more) for every dinner. With five boys, her nurse training was in great demand! Throughout all those years, Doreen’s calm, sensible approach to life never wavered. Her love for Jim was strong and each of the children felt a unique bond with her. After a 20 year lapse, Doreen returned to nursing and became much in demand both at BC Children’s Hospital and later in a residential care home. She inspired her daughter and two granddaughters to also become nurses. All this time she continued to efficiently run the large family home. There was lots of love.

Travel with Jim was a great joy and they had many trips around the world. Grandchildren and great-grandchildren came along. Doreen had a special relationship with all of them, but also the many nieces and nephews and their children. She remained close to her siblings, especially her older sister, Kay.

It is hard to imagine this accomplished person facing adversity but she did so with dignity and grace. The death of an infant son, a diagnosis of MS 30 years ago and the loss of Jim three years ago were difficult for sure, but she carried on, remaining the beautiful, gentle, independent person throughout. Serious health changes early this year plus the pandemic were her last challenges but with the loving care of Ruth and her family, she fully lived the last months of her life. She was able to see and interact with her extended loving family and remained bright and witty to the very end, passing while holding hands with her daughter.

Words cannot convey what she meant to so many, but we are all gratified that she was such an important part of so many lives. She will long be loved and remembered.

No flowers please – donations to the charity of your choice.