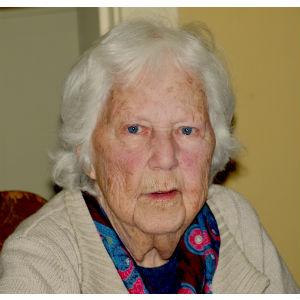 Doris Noel lived with the belief that people should always do the right thing.  She believed in honesty and fairness and not taking the easy path. She was also fiercely independent.

At five, against all adult advice, she went with her mother to view the dead body of her aunt lying in state and watched curiously as her mother grieved. She later called it a pivotal moment in her life.

When she was 11 her mother became seriously ill and spent six months in hospital.  Again, Doris was confronted with the question of death and what happens after. She decided you couldn’t know, and that a good life should be its own reward. Even as a pre-teen it was clear she was a free thinker.

Doris was a homemaker in the 1960’s, during the rise of the women’s movement.  Emancipation spoke to her in a way that homemaking didn’t. She went to college and eventually became executive director of the Burnaby Volunteer Centre where she worked until retirement.

Doris was warm and had a keen sense of humour. She loved spending time with family and friends, especially if there was wine and dancing involved.

In her later years Doris lived with advancing dementia and was comforted by regular visits of loving family and friends. Although she eventually lost her ability to recognize visitors, she seemed to recognize when it was time to move on.  And so she did, with dignity and grace.

Doris is survived by her children, Kevin (Bev), Wendy and Alison; her grandchildren, Matthew, Malcolm, Stuart, Sophie, Rose, Holly and Breandon; and her sisters, Norma Johnston and Margaret McMurray.

A memorial service will be held Saturday, September 8, 2018 at 11:00 am at the North Shore Unitarian Church, at 370 Mathers Ave, West Vancouver.