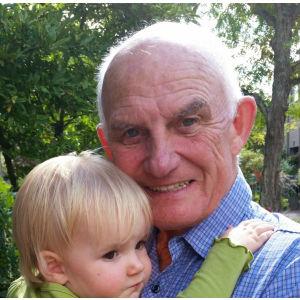 Dr. Rodney Frederick Andrew, aged 78, passed away peacefully in his home in Vancouver on March 28th, 2017, after his struggle with ALS ended. He was born on July 30th, 1938 in London England to Frances Mary Beatrice (Platt) Andrew and Frederick Ernest Andrew.

From a young age, Rodney excelled academically and physically, attending school at Tettenhall College in Wolverhampton and participating in track and field as well as rugby. He soon discovered a passion for helping others and went on to become a family physician after graduating with an MRCS, LRCP and MB, BSc from Queen Mary College in London.

After initially immigrating to Red Lake, Ontario in 1966, he later moved to Vancouver, British Columbia.

Rodney greatly contributed to the medical community, particularly in his work with the family residency and international medical graduate programs. Those who had the pleasure of knowing Rodney, knew him for his generosity of spirit and unwavering positivity. Sport was a constant theme throughout Rodney’s life, whether running, skiing, playing tennis or golfing.

He is survived by his wife, Cecilia; daughters Kimberley Andrew, Megan Andrew and Laura Adema; sons Simon Andrew and Benjamin Andrew; as well as many grandchildren, nieces and nephews who will dearly miss him.

A Celebration of Life will be held at 11:00am on May 6. We ask that you kindly RSVP if you wish to attend by emailing [email protected]. We ask that in lieu of flowers, you please donate to the ALS Society of BC. For on-line donations, click here.