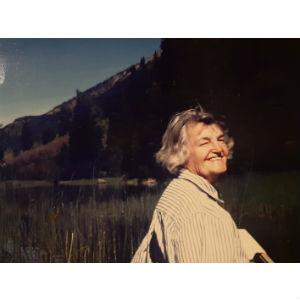 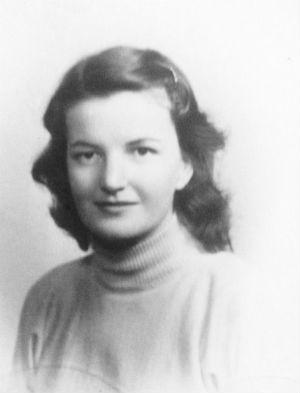 Eileen Curtis was a bon-vivant, chef, and holder of dinner soirees extraordinaire – parties at which all were welcomed and would soon become close confidants to the family — as wide-ranging discussions crisscrossed around an always ladened table.  She firmly held that butter was the staff/stuff of life, and to quote one friend, to eat with her was to find that “life was too short not to eat good cheese.”  Her friends ranged from the farmsteads of the prairies to the streets of Vancouver (where she was known as “Irish”); she was a painter, artisan, textile artist, and a free creative spirit. She could charm the surliest waiters — and pulled in friends from all walks of life.  A raconteur, and amazing reciter of poetry she had memorized in her youth,  Eileen was one of the earliest female bookies in Dublin (taking bets regularly for her favourite Brendan Behan), and was supported in this and all her endeavours by her incredible father “Major” Talbot who doted on her, and about whom she never tired telling stories. 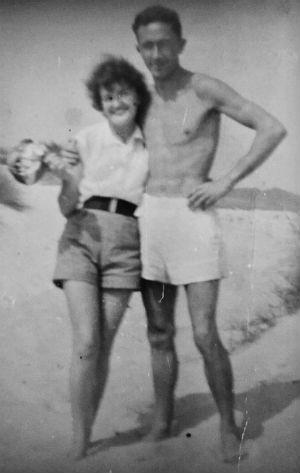 Eileen was always the life of the party, while John was her straight-man and devoted lover – she was the un-centred  centre of attention.  In old age she became a joyful flirt  (but still the deepest lover of John whom she daily cursed the passing of – and to whom no man could ever match).  She was known to have no fear of authority (passed to her by her father), and had as a young girl refused to kneel and kiss a bishop’s ring, to the nuns’ horror,  as she felt “she shouldn’t have to kneel to any man.”  Drivers needed to be wary as she could, later in life, use her cane (never much required beyond being her riding crop to her purposeful stride) to whack cars that had cut her and her fellow pedestrians off at crossings – to cheers from the assembled crowd.  A traveler who at 70 headed to solo back-pack  in Australia to find the land she had originally dreamed to immigrate to after losing a coin toss to John for Canada — only to belatedly discover that Canada was where she was, indeed, happiest. 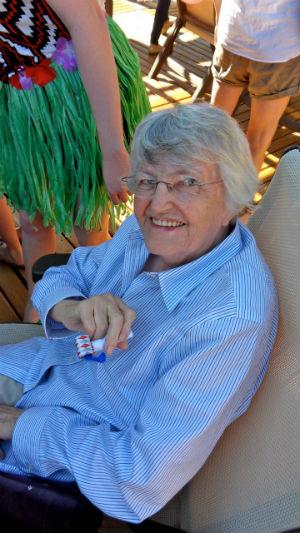 From a life migrating across the prairies with John rescuing failing cooperatives to fur trading in the Arctic, they worked together to raise a family whose love for each other became the hallmark of Eileen’s and John’s love for all of them and their friends (friends who found the Curtis’s a safe haven at any time day or night — with no sense of obligation or moral judgement ever passed).  With a family raised largely in Calgary (where her charming personal encounters with celebrities like John Cleese and Harry Belafonte became the stuff of family lore), Eileen’s later life after John passed was based in Vancouver — where she was a fixture in coffee shops like Delaneys, wine nights at the Sylvia, and could be found holding court in long conversations with strangers she would charm on the streets and whom became enamoured of the Irish lilt and stories (though she refused to ever recognize she told “stories” but rather recounted life’s tales).  Eileen saw each of her children as her favourite, and, as we all knew we were, there was never any hierarchy or having to battle for attention (till the grandchildren came along).  She learned her finances by “robbing Peter to pay Paul, “ and was always in debt but never in penury — and she stood as a fierce critic of all hum-buggery, prudishness, Popes, and advocated on TV for open access to marijuana having only once smoked it — to no effect.  If there was one saying that encompassed  Eileen’s life it was her favourite recitation from Longfellow: “Life is real! Life is earnest! And the grave is not its goal….”  Deeply missed, but with all happy she passed quickly still roaming and enjoying freedom and coffee and conversation, her’s was truly a life lived. 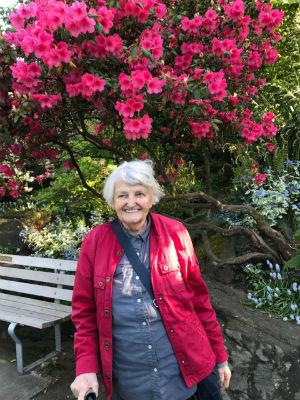 Deepest thanks to the very kind folks at Chalmers Lodge for all of their care over the last few years of Eileen’s  life – and thanks to the two unknown doctors and the paramedics who aided her in her last moments.

Celebration of Life to be announced later.

In lieu of flowers raise a glass to her…..

Please click on the link “Raise a Glass to Eileen” to view a video of Eileen’s poetry recitation.