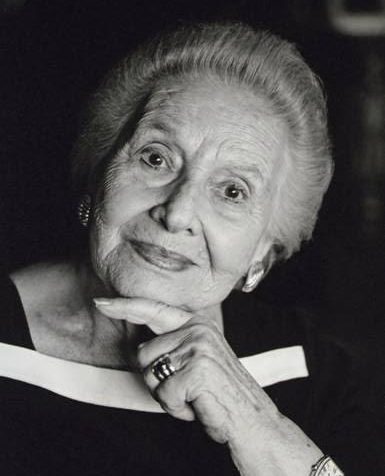 Estika (Omama to her family) Hunnings died, peacefully and at peace, cared for with a professional humanity by a team of nurses and doctors at Vancouver General Hospital.

Omama was a force of nature to which her longevity was testimony. But she was much more. Having come of age in what was then Yugoslavia, she, her brother, mother and father were given a few hours to pack and leave lest they shared the fate of their fellow Jews at the hands of the fascists who took control in April 1941. Unlike many, she and her family survived and, like those who did, understood how tenacity and luck were intertwined.

In Rome she met a handsome British engineer, fell in love, married and was sent to England just in time to survive the V1 and V2 “doodlebugs” reigning down on London. After the war came a comfortable and happy life in Cairo and the birth of her only child, David. In September 1953, the family immigrated to Vancouver which became her final home.

By the mid sixties, her marriage had ended and her life revolved around her son, her many friends and her work in the two art galleries she managed at different times. She was particularly proud of the shows she mounted bringing the works of Mersad Berber, Ido Murtić and the Yugoslav Naïves to Vancouver for the first time. This was the happiest and most fulfilled part of her professional life as an art consultant.

And, she was beautiful – as someone once said, “our Elizabeth Taylor”. In dress, Omama exemplified style and elegance. She had a careful, thoughtful and original aesthetic. However, her family and friends were the only currencies that mattered. She would want, in particular, to thank Ethel, Christine, Tina, Linda and, especially, Anne, Wendy and Eve – all of whom enhanced her life through love, loyalty and compassion over decades of friendship.

Our family is particularly grateful for the compassionate care given my mother by the entire medical community, especially, Doctors Isserow, Perry, and Hayaty. And, on her final day, to nurse Tiffany – who simply understood.

Rather than flowers, our family requests that donations be made in Omama’s name to the Vancouver Holocaust Education Centre.