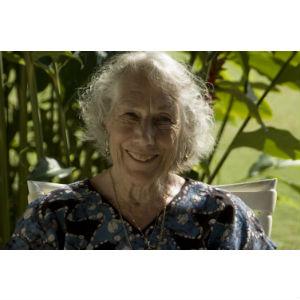 It is with deep sadness that the family of Eva Anna Maria “Anneke” Schoemaker announces her passing at the age of 90 after a brief struggle with cancer.  Born in Delft Holland on December 31st1927 she is survived by her children Steven, Barbara Ann (Paul), Ellen and Michael and grandchildren Kassandra, Arial and Seth. She was predeceased by her Husband of 42 years Richard Prosper Schoemaker in 1988.

Anneke, as she was known by all her friends, was an accomplished tapestry artist, photographer, avid traveler, gourmet cook and homemaker. In the 1960’s and early 70’s , together with her husband “Dick”, she was very active with the Calgary Film Society and the Canadian Federation of Film Societies which was instrumental in bringing foreign film to audiences in Canada at that time.  She went on to become the President of the Canadian Federation of Film Societies for a term of office in the late 1960’s. As a family we enjoyed the pre-screenings of some of the films in our family room. Often these films were accompanied by the Director or one of the creative’s who stayed in our home briefly as they shopped their film across Canada. 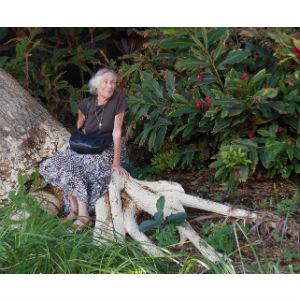 In the late 1970’s she attended and graduated the Alberta College of Art with a diploma in Fabric Arts. She went on to enjoy many weaving and tapestry commissions and personal showings of her work.

Upon her move to Vancouver she became active with the Brock House Society and in addition to standing as treasurer for the society for a number of terms she also volunteered each Wednesday to help serve lunch at the Brock House lunchroom. She was given a lifetime membership with Brock House Society for her service. During her time at Brock she also learned to play Mahjong and together with her girlfriends played each Monday at alternating houses for many years.  The stories and friendships shared at that time were one of her greatest joys.

She was an avid traveler and in her years was able to visit and photograph many places in Europe, New Zealand, Fiji, Hawaii, and continental America.

Anneke was known and respected in her community of Kitsilano.  She enjoyed many warm and joyful relationships with her friends at the post office, Safeway store, bank and pharmacy. She loved the hummingbirds that visited her yard and had multiple feeders going throughout the year so they would always have something nourishing.

Throughout the years Anneke was an active supporter and sustaining member of Doctors Without Borders. She leaves a legacy donation to this incredible organization.

Mamma…Thank you for the laughter, sage advice, and the “Sunshine” you brought into our lives.  Words alone cannot capture the essence of you and incredible contributions you have made to the health and happiness of those you have touched. You will be forever missed and always remembered.