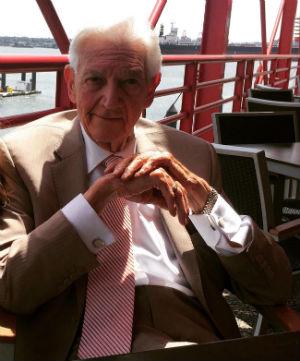 It is with great sadness, we announce the passing of GARRY BARTLE KIERNAN, age 90, in the early hours of Thursday, November 7, 2019, at Lynn Valley Care Home in North Vancouver. 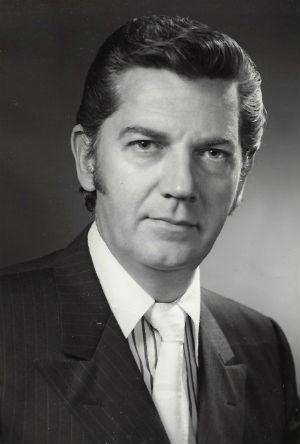 Born to Bartholomew and Emma Kiernan, in Edmonton on Thursday, June 6, 1929, Garry was dearly loved as the youngest of nine children.  He leaves behind his beloved children, Michael (Dolly), Stephanie and Christopher; grandchildren Jared (Amanda), Tabitha (Paul), Jesse (Randi) and Emma; great-grandchildren Michael, Jessica, Isobel, Isaac, Ryan and Jonathan, and great-great-grandson Jackson, many nieces and nephews in Edmonton, Spokane and Portland. His special bond with his nieces, Barbara in Edmonton, and Joanne in Delta, is remembered. They were like sisters to Garry.  He is predeceased by all of his eight brothers and sisters, his second wife Diane, and many nieces and nephews, sadly before their time.

Garry began working in his teens as a pipefitter’s helper at the North Vancouver Shipyards. After graduation, he moved to Spokane and worked with his brother-in-law at the “2 Swabbies” and married his first wife and welcomed their son Michael. Once moving back to Vancouver in about 1953, Garry became an associate for the British America Paint Company (BAPCO). His lifetime career, however, would be in the automotive industry, beginning in 1959, when Jimmy Pattison persuaded Garry to work with him at the Bowell McLean dealership on Broadway. “GBK” was a Vancouver legend in the automotive lease industry, cultivating strong client and working relationships and especially with his crew of colleagues at Ensign Pacific Lease, where he worked for over twenty-five years, until his retirement at age 83 in 2012.

In February, 1967, Garry was introduced to Diane. It was love at first sight and they enjoyed a truly romantic courtship, that included convertible drives through Stanley Park, live shows at The Cave Supper Club, opera at the Queen E, and dinners at his favourite establishment, Hy’s Encore. Garry and Diane married after eight months and had their two children, Stephanie and Christopher.

Garry was always a gentleman, insisting on French cuffs, a pocket square “puff” and a full Windsor knot.  He loved and cared for animals, was kind to people, but a lime in his Scotch was just about the end of any bartender. Garry with 2 Rs will be remembered for his spontaneous wit and natural sense of humour, that balanced out his incredible intellect and knowledge on virtually any subject. As an avid reader, he had a passion for studying military history, politics, literature and biographies. On Friday evenings, Garry always looked forward to enjoying his gin martini, and listening to Giuseppe Di Stefano, the symphonies of Brahms and the music of Leonard Bernstein. His biggest loves in life, however, were his three children, whom he absolutely lived for.

The family would like to extend their sincere gratitude to the care aids at North Shore Hospice and finally at Lynn Valley Care Centre. In lieu of flowers, memorials can be made to the Happy Herd Farm Sanctuary. Arrangements by KORU Cremation | Burial | Ceremony. To get in touch with the family, email [email protected]