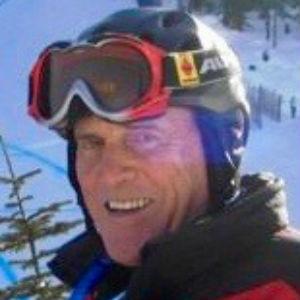 Gar passed away peacefully at Lions Gate Hospital on April 10, 2018. He was born and raised in Vancouver where he became an avid skier and boater. He graduated from UBC with a teaching degree. He married Shirley Campbell in 1952 and moved to Cowichan Bay, Vancouver Island where he had a boat rental shop for several years. His two sons have fond memories of their early years in Cowichan Bay. The family moved back to Vancouver in 1966. He taught high school in Abbotsford for many years. After retiring in 1985 he spent more time doing what he loved most: spending time with his family, skiing and boating. He ski raced most of his life. He skied his last run on Whistler Mountain at the age of 87.

Gar is survived by his sons Chris (Laurie), Blake (Janice), his grandchildren whom he adored, Michelle (Randy), Sally (Paul), Katie (Curtis), Luke (Sarah), Sarah (Luis), Fergie (Madison) and three great-grandchildren, Jake, Elijah and Sylvia. His grandchildren were the light of his life. They will miss him terribly. He will also be missed by many of his grandchildren’s friends and his ski community friends. We, the family, invite you who knew and loved him to join us in Celebrating his life and his legacy. The Celebration will be held on Saturday April 21 at 2:00 pm at Grillworks in Three Peaks Lodge on Mt. Seymour.

The family would like to thank Wendy at Koru Cremation | Burial  |  Celebration for her kindness and care shown to us at this difficult time.

Donations may be made to Covenant House.