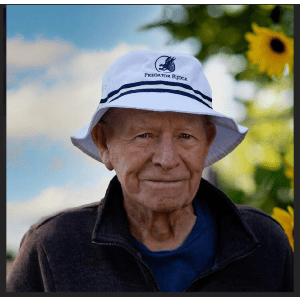 After a brief illness, our amazing Dad and Grandpa passed away at North Shore Hospice at the age of 96.  Lloyd will be forever missed by his five daughters, Bonni, Laurie, Luanne, Leslie and Marnie, along with  his six grandchildren, great grandchildren, many nieces and nephews, and his dearest friend and companion Brenda Barrett.

Lloyd was born in Vancouver to Robert Hodge Walker and Jane Dougal Watt, both of Leith, Scotland. He was the youngest of seven children. While growing up, he spent many summers in Scotland with his extended family. In 1950 he moved to Calgary where he met and married his sweetheart Arlene Ruth Lemmon. He succeeded in building a business, Cal-Van Engineering, and in 1956 moved his young family back to Vancouver and opened a second office. He later opened a plant in Burnaby specializing in combustion equipment.

Lloyd raised his family in West Vancouver on Elveden Lake, where he taught his girls the enjoyment of boating, swimming, and skating. Lloyd had an ear for music, especially jazz, and played his piano most evenings to the delight of his friends and family. He enjoyed dancing, and was often in demand on the dance floor.  Sailing was his passion; he was a 50 year member of RVYC where he represented the club, racing locally and internationally. This passion also provided him an escape from a houseful of women. In his later years, he slowed down and cruised the Gulf Islands and Desolation Sound, navigating by the stars, accompanied by dolphins. Soon after the death of Arlene in 1992, he retired from sailing, and divided his days between the beach in Sechelt and daily walks on the West Van seawall.

He was most proud of his family; his life was beautiful and well lived, and he will be missed everyday.

A private celebration of life will be held at a later date. Messages of condolence may be left below. 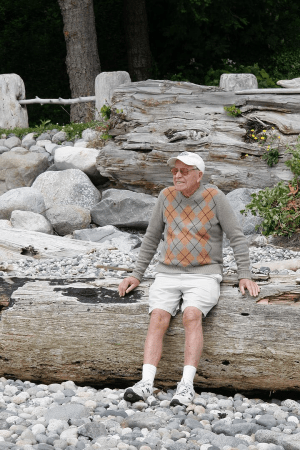