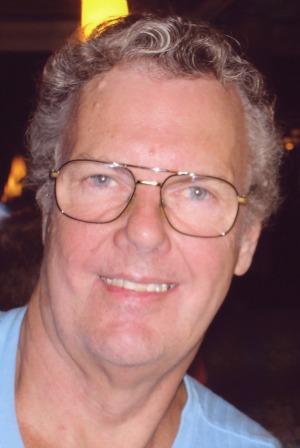 A lifelong resident of Vancouver, Jim was born in Grace Hospital and died in St. John Hospice. “Jimmy” was born to Dorothy Sauter and Samuel Forsythe and raised by his paternal grandparents, Samuel and Fanny Forsythe.

Jim married the love of his life, Brenda (nee McClinton), in 1964. She and his daughters were the centre of his life. He enjoyed nothing more than sharing stories and discussing current events with his family. Interested in both their thoughts and debate, they were kept on their toes knowing the latest issues would be covered in any conversation with him. Even the smallest of their successes made Jim proud and, sometimes, overcome with emotion.

After serving in the Royal Canadian Navy, Jim managed fitness centres before working as a construction labourer and union organizer for CSWU Local 1611 (formally 602).

Jim was a gentle giant. Both charming and compassionate, he was quick to see the humour in life. Physical fitness was a daily part of Jim’s life, long before it became fashionable. “Big Jim,” as his friends at various fitness centres knew him, was always keen to assist those new to weight training. A Canadian arm wrestling champion, Jim would wrestle anyone who asked, including the medical professionals he met during the nearly ten years he spent wrestling colon cancer. On his daily walks, he greeted everyone, making new friends on the way. Willing to stop and talk, more than one grandchild remarked that he did more talking than walking.

Jim loved and had an encyclopedic knowledge of movies. He was thrilled to be cast as an extra in shows such as 21 Jump Street and The Fly II. While Jim enjoyed singing along to ballads, his family is grateful that no one introduced him to karaoke.

Jim was and his family is grateful to the many medical and community professionals he befriended over the years.

A service to celebrate Jim’s life will be held at 6 pm on October 17 in the Grandview Room of the Trout Lake Community Centre. In lieu of flowers, please consider making a donation to the BC Children’s Hospital Foundation in Jim’s memory.