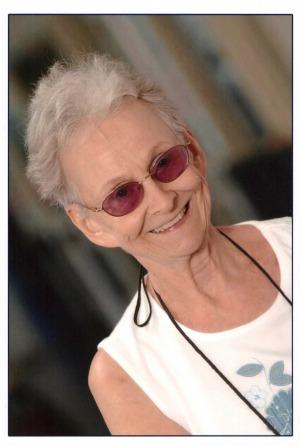 Janine (Janina) Reid (nee Ogrodnik) passed away peacefully on February 5th, 2017 after battling cancer for more than a year.

Janine was born on March 6, 1929, in Leduc, Alberta to Nick and Mary Ogrodnik, the youngest of four children. She was predeceased by her sister Leona, and brothers Edward and Bert. She is survived by her only son James Reid and her daughter in law Beverly of Calgary, Alberta and her grandsons James Matthew of Mississauga, Ontario and Michael John of Calgary, Alberta.

Janine grew up in Winnipeg, Manitoba and married Donald Reid in 1947. During her life, she lived in Toronto, Germany and Peterborough but spent her last 36 years in Vancouver.

Janine had a ready smile for everyone she met, was fearlessly independent and had a great zest for life, travel and new experiences. She was a great lover of the arts and attended as many plays and concerts as she possibly could, and was a member of the Bard Circle.

The family wishes to express their gratitude to the staff of the Palliative Care ward at St Paul’s Hospital for the excellent care they provided during her final days.