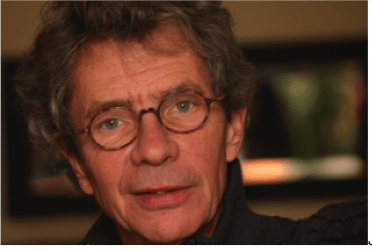 John died peacefully at home on the 25th of October. He is survived by his wife, Patricia; sister, Jane (Doug);nephew, Shawn (Vanessa); niece, Colleen; and many friends and colleagues.

He was called “The King” by some and was a legend to many. Fiercely loyal, generous to a fault, commanding, and demanding, he lived life on his terms, driven by his strong sense of values, his honesty, and his lack of concern about what others thought.

He had a long and varied work life, as a mechanic, waiter, director, stockbroker, and consultant. But work did not define him. While he read voraciously and loved sports, one of John’s greatest gifts was his intense interest in people and his ability to find and cultivate the gems. Complete strangers were often invited home for a meal or to stay. There were years of chaotic Sunday and holiday dinners for his ‘orphans’ and those new to Vancouver. This and his genuine desire to help people made him lasting friends.

John had polio as a child but fought his way out of wheelchairs and braces to walk freely, run, play tennis and baseball through most of his adult life only to face rapid decline and extraordinary pain in his 50’s due to post-polio syndrome. After decades of this intense pain and decreasing ability, when willpower alone was not enough, John died on his own terms, strong and courageous to the end. His last days were filled with visits from friends and family, some he hadn’t seen in years. Given the stories and the laughter, it was clear that he had touched the hearts and minds of many.

He is pain free now. We see him striding along in another dimension, surrounded by his dogs, beverage in hand, looking back over his shoulder and telling us somehow to “come on now, keep up.” And “keep up” we will.