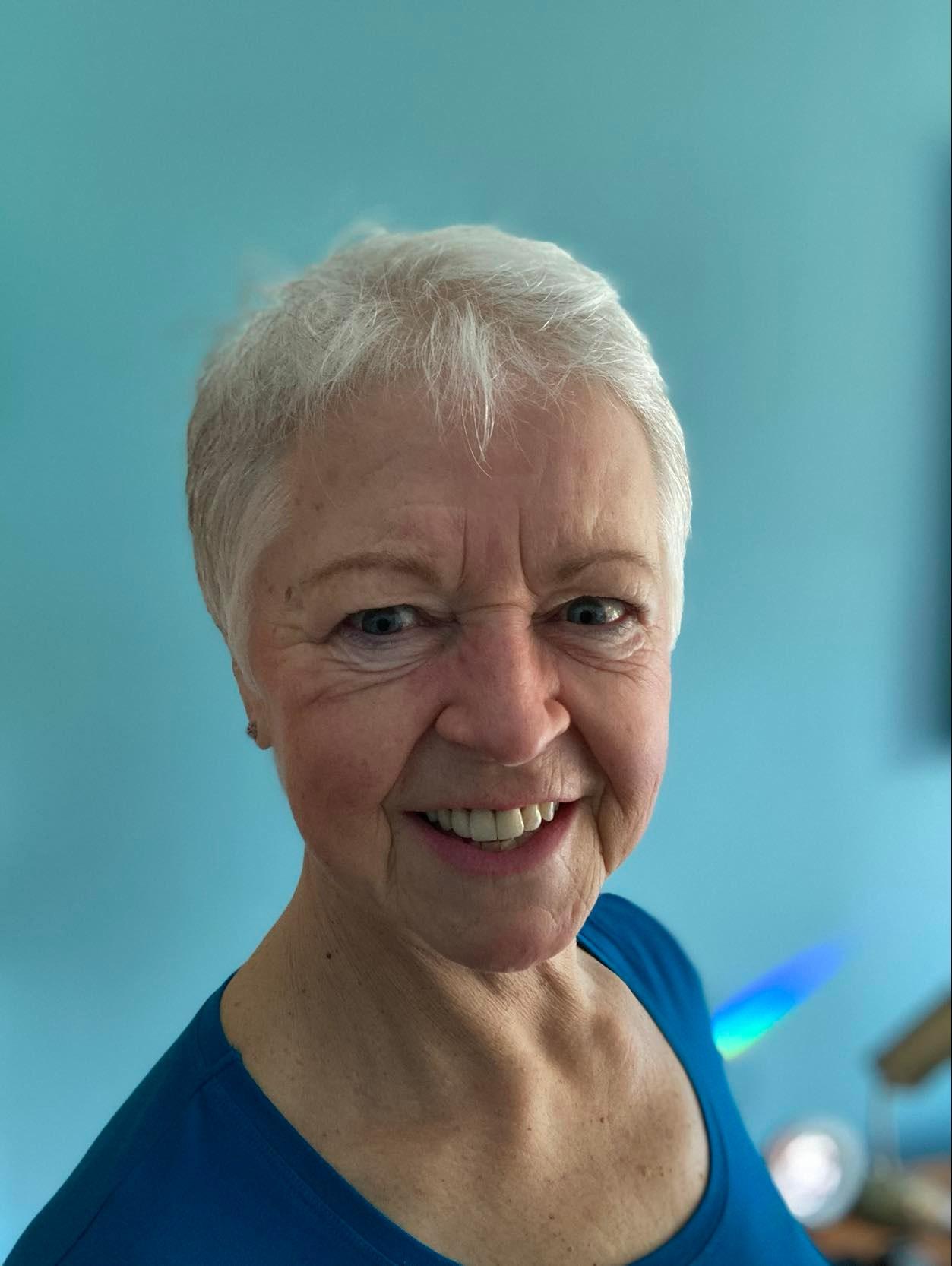 She was born in 1953, in Gainsborough Saskatchewan and raised in Melita Manitoba by Norman and Vivian Walker. After high school, she set off to attend the University of Lethbridge (1970-1974). From there Judith spent 1 year coaching volleyball at Mount Allison University in Sackville, New Brunswick and then in 1975 she joined the RCMP. Her first posting out of depot was to the 1976 Olympics followed by her permanent, and only posting to Campbell River. She retired from service in 1981. It was in Campbell River that she met Rick McFarlane and they were married in 1983. They had one daughter, Kristin, in 1985. After retirement from the RCMP Judith moved into the role of Victim Services Coordinator where she worked from 1988-2007. Ever the multi-tasker, she was also a Coroner with BC Coroner Services from 1990-2002. After her ‘last’ retirement, she and Rick started their camping adventures and travelled across Canada, down through the US and up through Alaska before Rick’s passing in 2014.
In 2015, she became a “Nana” to her grandson, Avery. The two of them were the best of friends and regardless of where they were, they were having more fun than anyone around them. They knew how to eek every ounce of joy out of their time together. She was always busy and involved with one of her many hobbies. She has been a big part of the Campbell River theater scene and has played in countless musicals. She will forever be remembered for her starring role as Dolly in Hello, Dolly! She also spent countless hours on the Storey Creek golf course and at the curling rink; she served on the boards for both Story Creek and Campbell River Curling clubs. She travelled the world with the “No Whiners” travel group and her best friend (and cousin), Terri. There will be a celebration of life for Judith on Saturday, October 15 th , 2:00pm at the Campbell River Curling Club (260 Cedar St., Campbell River). Please note this is the BC Municipal Election day. We encourage folks to plan to attend advance polls if traveling from out of town. We hope you can join us to share stories and memories of the time you’ve spent with Judith. It is hoped we will have the ability to film or stream the event for those that are unable to attend in person. Details pertaining to that will be posted on this website as we know more.

Please do not send flowers, as Judith would say “they’re just going to die in the vase, and they make me
sad”.

If you do feel the need to make a donation in her honour, please consider one of the following, or a charity of your choice that you think would suit her well.

Shoreline Musical Theatre – This is the theatre group where Judith played in many, many times. Some of her shows include Hello, Dolly!, Marry Poppins, Pirates of Penzance, Fiddler on the Roof and Mikado.
For donations, e-transfers can be sent to [email protected]

RainCoast School of Musical Theatre – This organization offers musical theatre classes for children and youth as well as repertoire classes for adults in Campbell River. Judith loved seeing kids get involved in musical theatre and participated in the repertoire classes with RainCoast. A bursary will be set up in Judith’s name. To donate to her memorial bursary, please indicate that it will be for the Judith McFarlane bursary and send to: