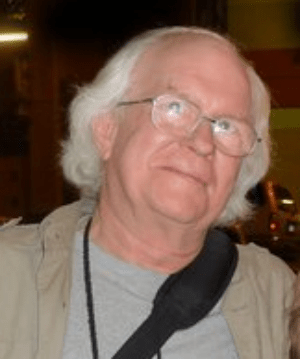 Larry moved from San Diego to Vancouver in 1969 as a Conscientious War Objector against the Vietnam War. He was very proud of his work with the Committee To Aid American War Objectors, and helped many thousands of deserters and draft dodgers in the 1970s to assimilate into lives in Canada. He enjoyed his work for the Vancouver Jazz Society, the Georgia Straight, being a childcare worker at Moberly Elementary, a social worker at Allouette group home, working at South Van Neighbourhood House, and running a jazz café at Mount Pleasant Neighbourhood House. He helped promote plays and music concerts in Vancouver. He was always at a play, a concert, or gig.  He lived in Kitsilano for 50 years. He played flute, drums, saxophone. He loved Indian food. He loved Music. He loved his daughters and grandchildren with all his heart.

The family would like to extend their heartfelt thanks to Dr. Matt Bennett of VGH, for his extraordinary compassion and care for Larry. Larry leaves behind numerous friends around the Globe.  A celebration of life will be this summer in Vancouver. Please refer back to this site for more information in regards to a celebration.