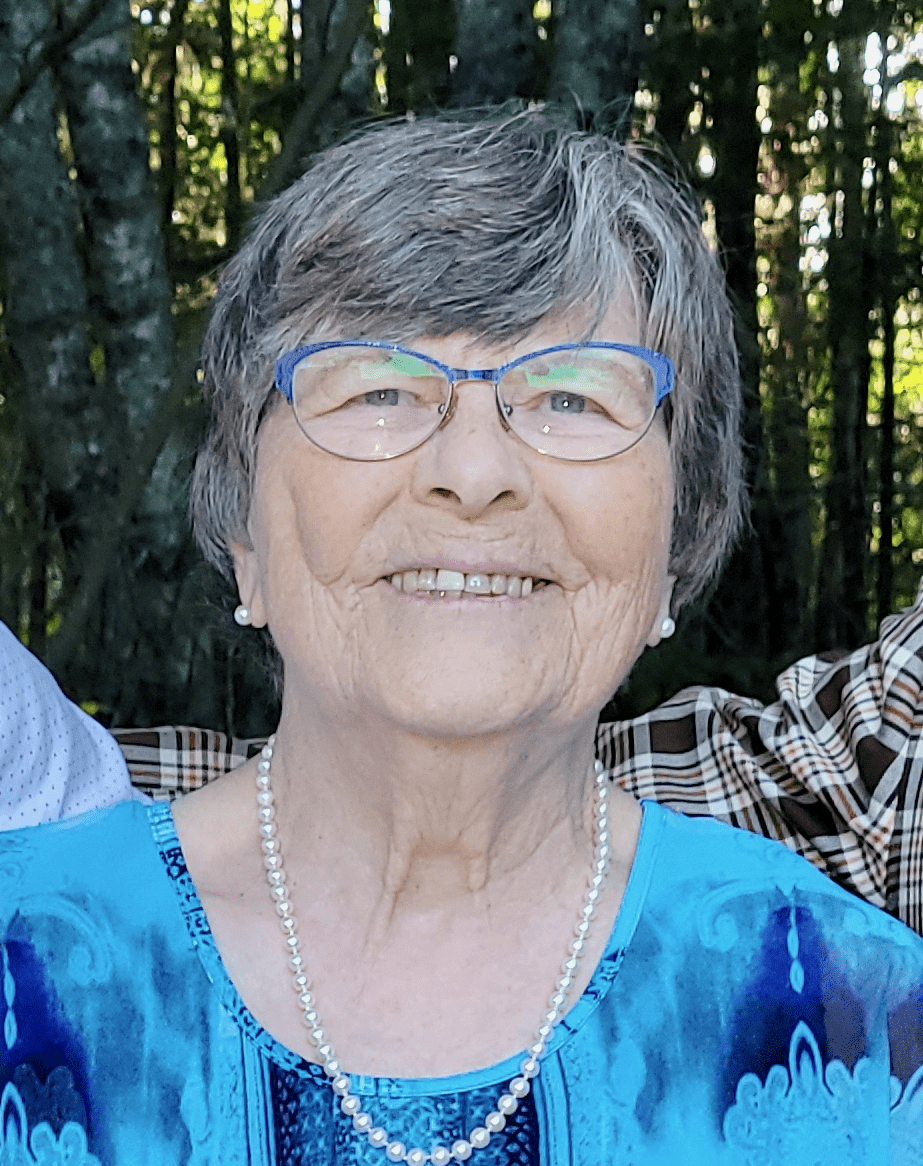 Every life is a story, and this story is about a girl with a very big imagination. Born before World War II, she carried ideas and experiences from that earlier time through eight decades of shift and change, developing a love for stories that started as a child at her local public library. Her father Elo, a Westinghouse engineer with Finnish roots, taught her logic and planning and a love of the outdoors. Her mother Nina let her dream outside the lines even as she taught her to follow a recipe. Her elementary school teachers discovered that she was staring out the window because she needed a bigger challenge. Her sister Audrey and brothers Craig and David rounded out a foursome who hiked, skied and scouted together, growing up in Springfield, Massachusetts. 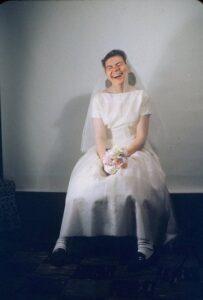 While studying at Bates College in Maine, this girl danced with a boy visiting from a nearby school. He was checking out the freshmen class, but instead he met this girl with the big imagination, a counterpoint to his disciplined intellect. After graduation, she completed an M.Ed. at Harvard while he attended officer training with the US Navy, and the day after they married, they left to drive cross-country to his first posting in Coronado. It was 1960, it was southern California, and Linda and Gil were open to adventure. They explored the Sierra Nevada, she taught elementary school, and when he finished his posting, they spent time in England, North Carolina and traveling Europe as he completed a doctorate and she began their family. Gil’s first teaching job brought them to Canada and McMaster University in 1967, where they canoed Algonquin Park, Linda played roles in various community 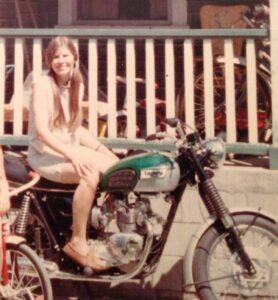 theatre productions, and baby #3 was born. The next move was to Nova Scotia in 1975, where the family developed roots, friendships, and careers. The girl with the big imagination was a highly creative mother, if unconventional at times (her kids had to learn the concept of “bedtime” on their own), and her children Nina, Rus and Karla benefitted from her endless ideas, practical teaching, penchant for bending rules and ability to read a book so deeply that you could get Official Parental Approval for just about anything, as long as you asked when she was completely immersed in the story. 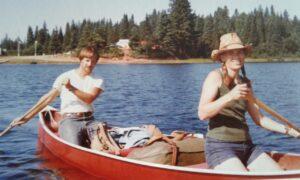 Linda worked at the Dartmouth/Halifax Public Library for about 20 years, which meant she had a paid excuse to fully indulge her life-long love affair for reading, books and stories. She also continued to adventure. When Gil bought a sailboat, she learned to skipper and entered races. When his work took him to China, Africa, and many other locations, she explored along with him. After the Berlin Wall fell, she signed up to teach English in a Slovakian high school. When her kids lived in distant cities, she travelled to see each dwelling and made it feel like home. She sang in a community choir and volunteered for the Scott Manor House local historic society. When her grandchildren arrived, she retired early to make sure their imaginations too were inspired. And when

Gil was stricken with dementia, she did as she always did: went to the library, found the right books, and taught herself what to do, becoming a gifted and patient caregiver. Most notably, she chose to pursue a “retirement career” of storytelling, becoming a local teller in classrooms and at events, volunteering in various roles for the Storytellers/Conteurs of Canada, as well as giving time to the Parent-Child Mother Goose organization, bringing books to newborn babies and their parents to encourage reading. She was generous, compassionate, empathetic and occasionally (due to that big imagination) maddening, as no idea was ever beyond consideration, even if everyone else had already agreed on a plan. We loved this irreverent, modest, knowledgeable, fun-loving, supportive, egalitarian and principled mother, sister, daughter, aunt, grandmother and friend, and we will miss her terribly. But as she would tell you, no story ever ends, and every old story is new. And since you have read this story, now it is a part of you. 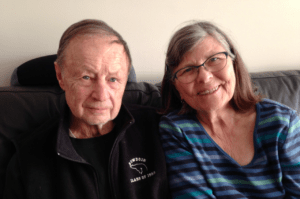 Linda ended this chapter on May 27 at age 84 after suffering a cardiac arrest while visiting family in Vancouver. She is survived by her children Karla (Gary Altenkirk), Rus, and Nina (Linda Kemp), and grandchildren Ella, Tanner, Peter, Katrina, Scarlett and Nicholas, as well as sister Audrey Tanner, brother Craig Tanner (Jollyne), brother-in-law Bruce Winham (Millie) and other extended family in the US. She is predeceased by her husband Gilbert, daughter-in-law Sherry (Wheatley), and brother David Tanner.

A celebration of life was held on June 11, 2022 at All Nations church in Halifax. You can watch the recorded service, with stories of Linda, at this link: https://www.youtube.com/watch?v=ylfrxbA9yAQ.”

In lieu of flowers, please consider a donation to Storytellers of Canada to support the art of storytelling. 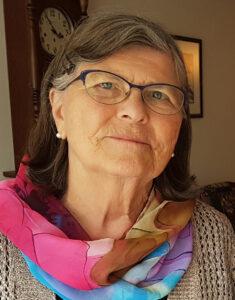