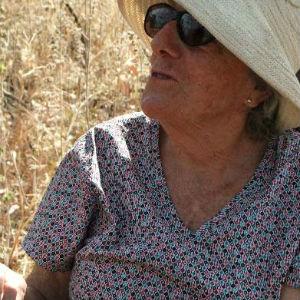 Lola Pedret died peacefully on August 1st, 2018 at her home in Vancouver, Canada.

Her life started in Reus, Catalonia, Spain. In her own words: “I was not blessed by much more than a sturdy character and loving parents”. She survived the atrocities of the Spanish Civil War and World War II by focusing on her passion for education and mountain climbing. She always believed that education changes lives, and the world, for the better.

In 1955 Lola immigrated to Toronto, Canada, with her husband Benjamin Pedret, and began what she describes as her second life as a loving mother and home maker while embarking upon a 30-year career in architectural drafting. Lola has always considered herself blessed to be given the opportunity to live in this “incredible country” and to be able to call herself Canadian.

In 1985 she retired to start what she refers to as her third life. Lola spent 21 years teaching and living in West Africa. Much of that time she taught geometry, mathematics, and drafting for the overseas aide organization CUSO. She considers many of her former students as extended family, caring about them far beyond the bounds of the classroom. The central role of education and love for others remained steadfast throughout her life.

Lola is survived by her sister Pacquita, two children Annie and Ben, her daughter in-law Mary, two grandchildren Kayla and Max, and a number of other loving relatives and close friends. She will be deeply missed.

Lola has requested no burial service and that her ashes join those of her mother on the shores of Georgian Bay, Ontario.