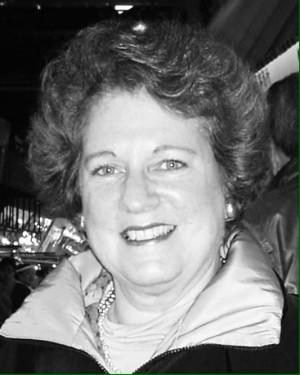 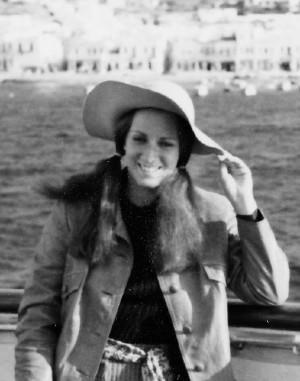 Monica Gruder-Drake was born in 1948 in a US Army Hospital in Frankfurt to Victor
Gruder and Jeannette Shestapol Gruder. In 1938, Monica’s parents were forced to flee
Vienna to the USA following the Nazi invasion of Austria. Her father served in the
American Army during World War II, and then played an important role during the US
occupation of Germany.
As the daughter of European emigres, raised in Brussels and Paris until mid-high school
when her family returned to the United States, and speaking English, French, German and
Italian fluently, Monica retained a distinctive European outlook, as well as a life-long
love of Paris, and French language, cuisine and joie de vivre.

Monica did her undergraduate studies in French language at the Sorbonne and political
science at the American College (now University) of Paris, and Tufts University. She
received her Master’s Degree in International Relations and Economics from SAIS
(Johns Hopkins University). Her time in the SAIS program in Bologna was a particularly
happy period of her life, and generated many treasured friendships.
After a stint as a journalist, Monica joined the World Bank in Washington, D.C., where
she worked for many years in the corporate secretariat. It was here that she met Earl
Drake, a Canadian diplomat serving as Canada’s Executive Director at the Bank. They
married in May 1987, in Earl’s family’s ancestral church in the Highland Scots settlement
of Martintown, Ontario, where the bride and groom were saluted by the skirl of bagpipes
– much to the astonishment of many of the guests from Monica’s side.
Later that year, Monica travelled with Earl to Beijing, where he had been appointed
Canadian Ambassador to China. There, Monica took up hosting duties and worked with
the Embassy’s local micro-project program. During the Tiananmen tragedy in 1989,
Monica played an essential part in ensuring the safe and swift evacuation of Canadians
stranded in China, and chose to stay on to provide invaluable assistance to the small
remaining Embassy team– actions for which she received from the Canadian government
a commendation for extraordinary service.
Upon their return to Canada, Monica and Earl established themselves in Vancouver, from
where Monica worked at the Asia Pacific Foundation of Canada for several years, and
then developed an international consulting business, while enjoying the many splendours
of her adopted city and country. Her infectious passion for learning, the arts, world
affairs and travel, as well as her flair for all the colours of life touched many. Around the
always-abundant, epicurean dinner table there were wonderful stories, including
occasional, intriguing, and curiously incomplete recollections of an epic trip after
undergrad across the Andes in a vintage Mercedes sports car!

The last surviving member of a prominent Jewish family from a once thriving community
decimated by the Holocaust, Monica amassed a wealth of information about her family history in Odessa and Vienna, including tales of endurance and struggles for the rights of
workers. Her project to write a history of her remarkable family to which she devoted so
much passion and energy will be pursued by her husband, family and friends.
Monica leaves behind her loving husband, her two step-children David (Vicky) and
Catherine (Lawrence), her grand-daughter Emi, and her god-daughter AnnaLena.
Monica was fiercely loyal and infinitely generous to her family and many cherished
friends. Her indomitable spirit will forever shine brightly in their memories.

Plans for a memorial service will be announced once current COVID-19 restrictions are
lifted. In lieu of flowers, donations to the Canadian Cancer Society or The Kidney
Foundation would be appreciated.