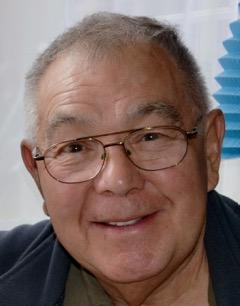 We are deeply saddened to announce the passing of our Father, Grampa and Great Grampa. Norris was born November 25, 1932 in New Westminster BC and passed away on October 7, 2016 in Abbotsford BC. Norris is survived by his loving family: his daughters Natasha (Patrick), Rebecca (Bradley) and son Willie (Jennifer) his loving sister Marie, grandsons Gerard (Natalia), Justin and Lucas and granddaughters Jasmine, Katherine, Amelia, Jamie and Zoe, great grandchildren Madelyn, Aiden and Emma along with many wonderful Nieces and Nephews. He was predeceased by his loving wife Ruth in 1996, and his brothers Gordon, Thomas, and Harvey.

Dad started his career in the BC Forest Service in the mid-fifties as an Assistant Ranger. After settling down and starting a family with his wife Ruth, Dad transferred to the Ministry of Lands and Forests in Courtenay, BC. Dad retired from the Provincial government in 1988 and continued to work independently as an Appraiser until the mid – 1990’s. Norris was active in the Comox Valley until moving to the lower mainland in 2008. He was instrumental in building the Comox Valley Homemakers society. He was a proud member of the BCGEU, BC Federation of Labour and the NDP. He was a proud Lax Kw’alaams Band member. Norris was always interested in what his children, grandchildren and extended family and friends were doing. Norris supported us all.

A service for Norris will be held at the IUOE Banquet Hall, 4333 Ledger Ave., Burnaby, BC on Friday, November 25, 2016 at 2:00 p.m. In lieu of flowers, please make a donation to a socially conscientious charity or cause of your choice.