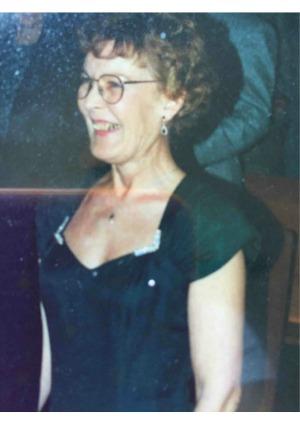 Patricia (Pat) Jeanette Husband, nee Gray, was born on May 3, 1939, to Bill and Jean Gray.  Pat was raised in Sudbury, Ont., Pat moved to Toronto to pursue her nursing degree at Western University.  In Toronto she met George (Mac) McAvity Ramsay, whom she married in 1968 .  In 1970 she had her first child, Timothy (Tim), and in 1971 her daughter Susan.  Pat and Mac moved to Calgary, AB, where Tim and Susan were raised.   Pat and Mac divorced in 1989.

Pat met Douglas Wayne (Wayne) Husband in 1990, they were married in 1996.  Pat and Wayne moved to Gabriola Island, BC, in 1997, where they enjoyed an idyllic life until they moved to Nanaimo and eventually Coquitlam in order to be closer to Wayne’s family.  Wayne currently resides at Belvedere after suffering a stroke in 2014.

Pat was a renaissance woman–pursuing an enlightened lifestyle her entire life.  Whether it was gardening, Roman history, cooking, hiking, travelling, reading classic literature, Pat’s interests knew no bounds.  Pat was a voracious reader and a student of all things philosophical.  Pat loved Wayne, and the two of them had many adventures together.

Pat is predeceased by her parents, as well as her siblings Peter, Bob and Sandy.  Tim currently resides in Coquitlam, and Susan resides in Calgary with her husband, Chuck and her two boys James and Elijah. Pat is also mourned by her stepdaughters Faye Heath (Gerrit deWaal) and Debbie (Richard) Lemire and their respective families.

The celebration of life service will happen at 11am, Friday, June 3, 2016, at the Timbers Club, 3090 Dayanee Springs Boulevard, Coquitlam, B.C.