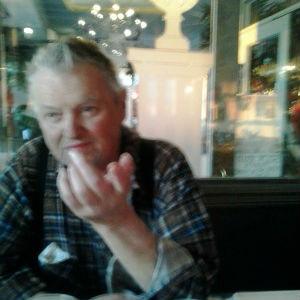 Paul Albert Van de Plas – September 12th, 1946- November 5th, 2015 – died courageously and in acceptance, while holding the hand of his loyal and dedicated wife.  Son to Victor and Carolina Van de Plas, brother to Yolanda.  A man of great depth, wit and compassion, Paul would often drive his family to insanity while he stopped for every stranger who needed help. He loved to garden and especially loved geraniums and marigolds.  He had a gift for math and teaching, and often helped many neighbourhood kids with their studies.  Above all, Paul had an incredible talent for playing the piano and would do so anywhere, anytime (especially if there was a sign that said do not touch).  A successful stock broker, he later developed an interest in programming and became a self taught computer wiz.  A fighter always, who had gone from living a privileged life in Belgium to a tough existence in the United States and then onto better times when he moved to Canada where he met and married the love of his life, Susie and took over being dad to Anita.  He fought for everything and everyone and even taught his next daughter Monique how to box.  Yes, he loved boxing and boxer dogs too. He is survived by his wife, Susie, his daughters Anita Adams (Tom) and Monique Van de Plas (Ian MacBurnie), his grandchildren, Tavius Van de Plas, Danielle and Brennan Adams, his sister-in-law Marilyn Waterfield and his many nieces and nephews.

A celebration of life will be held at the Unitarian Church at 949 West 49th Vancouver, on November 28th at 1:00 PM.  As Paul always wanted to help others, particularly those who were down and out, and had such a passion for music, in lieu of flowers please donate to the Sarah Mclachlan School of Music which does great work to help underprivileged and at risk youth.