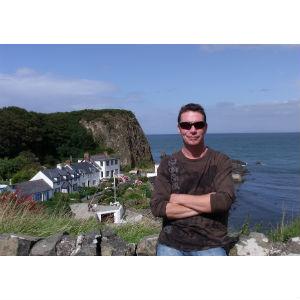 Paul Dennis Murphy, age 51, passed away peacefully on Monday February 19th at home, after a courageous battle with cancer.

He was the youngest son of the late James Murphy and Winifred (McShane) Murphy Paul was born in Winnipeg on January 15, 1967. As the youngest child of 11, he always had a special relationship with his mother. He attended Laura Secord Elementary and Gordon Bell High School. Paul moved to Vancouver in 1995 and eventually set up his own painting and renovation company there.

Paul was an incredibly generous and caring person. He was full of life and filled the room with his laugh. He believed in honesty, respect and always following through on your word. Paul shared his love of the outdoors, camping and fishing with his son Haiden, and they spent as much time off-roading as possible. He loved hockey, classic cars, cooking and simply spending time with friends and family.