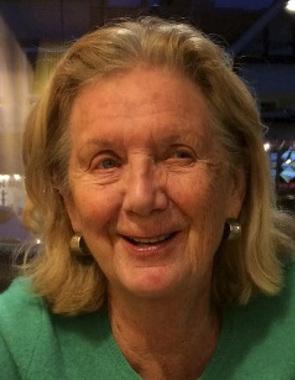 Pauline Roberta Bywater (nee Stevens) died peacefully on December 31.
Born and raised in Liverpool, England, Pauline emigrated with her family to Kitchener, Ontario in 1956 before setting out on her own to Vancouver. Shortly after arriving she met her future husband Geoff Bywater and gave birth to two sons, Chris and Roger. Due to the nature of her husband’s business the family moved regularly throughout the early period of their lives, living in various places such as Maine, upper New York state, Kamloops, Montreal and later Jakarta.
Pauline was committed to volunteer work, especially with the Anglican Church and in Vancouver’s downtown eastside neighbourhood. Never a pushover, Pauline was known for her incisive opinions as well as her boundless energy and was always open for fun and adventure, wherever she lived.
She is survived by her brother Phillip Stevens, her two sons, her two daughters-in-law Susan Banks and Halina Jakowenko, as well as her grandchildren: Roy Banks-Bywater, Sophie Banks-Bywater, Sebastian Banks, Natasha Banks, Maxine Bywater, Hanspeter Thut and Jazzmin Thut.
The family would like to extend a huge thanks to the staff at Berkley Care Centre in North Vancouver for their considerate and compassionate assistance in the last months of Pauline’s life.
In lieu of flowers please make a donation to a charity of your choosing.