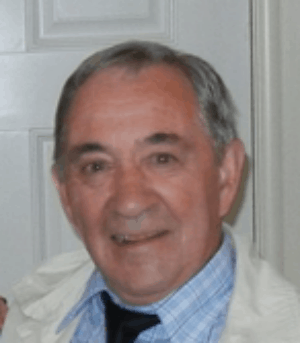 Bill was a guy who could make you smile when he walked in the room in anticipation of filling our hearts with laughter. He had an uncanny wit and ability to tell a great story, which was always interrupted with a snort and a giggle prior to the delivery of the punch line. He was also the guy who recently made us cry our hearts out when we lost him.

Bill was born in Regina and raised in Swift Current, a close community that supported his love of music in the local marching band as a drummer, and cultivated his interests and ability in many sports, especially hockey, which he continued to play well into adulthood. Bill was a talented drummer in three Rock and Roll bands, The Tornados, The Flares, and Mel West and the Meteors, and had a short stint as radio announcer with CKSW. He joined the Air Force and trained as a firefighter, and followed by a lifelong career in the airline industry in Calgary, Toronto, Winnipeg and Vancouver.  Bill was always very close with his friends from all over the world and his passing has brought many responses, exhibiting the impact his unique and humorous personality had on everyone he met.

Bill was the ultimate minimalist who maximized life. As an avid golfer, we all suspect he is now enjoying time on the “19th hole”. Bill will be missed; the cherished father of Kristen, brother, brother-in-law, uncle, friend and the life of the party.

In his honour, please raise a glass, share an outstanding joke and remember the value of true friends and family.