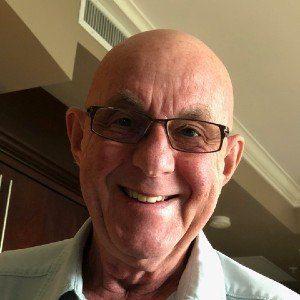 After a 9 month battle with cancer, Roger died peacefully in the presence of his family in Vancouver General Hospital. Predeceased by his father Ronald and mother Sarah, he leaves behind his wife Carol, brother Derrick(Jeanne), sons James (Paige), CJ, and stepdaughters Annie (Glenn), Jennifer, and stepson Justin (Jen) and beloved grandchildren Olivia, Mayreau, Marcus & Alexandra.

Born in England, Roger came to Canada in 1965 travelling to Vancouver to make it his home. A man of many talents, he started working at Canadian Airlines in 1968. Working his way through several different departments eventually becoming a Director. In 1988, after leaving the airline business and looking for a new adventure,  he was the first to bring the Subway Sandwich franchise to Western Canada. With his business partner, they built their business into a huge success with over 21 stores at one point.
In September 2019, he decided to retire and continue his love of travel and golf with his wife Carol. They travelled extensively experiencing the world through their love of food and wine.

Roger will be greatly missed by all the friends he’s made along the way, for his sense of humour,  his versatility of conversation and knowledge on just about every subject, his delicious risotto, and his Elvis impersonations. The world just won’t be the same without this charming, classy, lovable man who through the years has given kindness and friendship to many and mentoring others to be their best.

A heartfelt thanks to Dr Stephen Parkin, Dr Joseph Leung,  Dr Pippa Hawley, BC Cancer and all the staff at VGH especially the palliative care team, and the 8th floor medical staff.