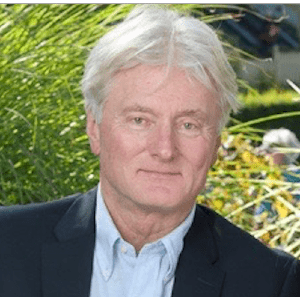 Shawn died peacefully in his sleep on Tuesday, May 11, at the age of 67. He is deeply loved and remembered by his wife Cathy Beaumont, all the Beaumont family (Rick, Angela, Steve, Maggie, Andrew and Will), all the Nasmith family, especially Shane, and his and Cathy’s many, many friends.

Christened Richard Shawn Laari, although never using his first name, Shawn was born in Etobicoke, Ontario, where he lived with his parents and brother, Casey. As a child and teen he excelled in the Boy Scouts and competitive swimming, later becoming both a Queen’s Scout and a member of the Canadian National Swim Team. Along the way, he graduated from the University of Toronto in 1976 and later earned both an MSc from Indiana University and a Master of Management from McGill University.

In 1978, Shawn landed a job as a fitness instructor at the Jewish Community Centre where, two years later, he met Cathy, a fellow instructor, for the first time. Three years later, in October of 1983, the happy couple were married, and eight years after that they moved to Vancouver.

Shawn spent his entire career in the charitable sector, assuming positions of steadily increasing responsibility at the Ontario Water Polo Association and Canadian Diabetes Association in Toronto, then BC Disability Sports, Muscular Dystrophy Association and BC Epilepsy in Vancouver.

Also a committed blood and plasma donor, Shawn made over 500 donations in his lifetime. He also gave freely of his time as a volunteer with a variety of organizations.

Shawn loved dogs, and when he and Cathy learned about Pacific Assistance Dogs (PADS), they decided that when their beloved dogs Woof and Kelly died they would become puppy-raisers for the organization. In 2000, they took on Riley, followed by Dylan, Gypsy, Breeze, Vader, Iroko and most recently Greco.

Shawn and Cathy loved travelling, visiting 55 countries at least once. Every day travelling was a great day, with new adventures around every corner, particularly if those adventures included craft beer!

In his retirement Shawn took up beekeeping, with two hives in his garden, and many are the friends and family members who have enjoyed Kitsilano Honey from Shawn’s hives.

Shawn was kind, giving, loyal, always ready to lend a hand and quick with a bad joke. His life was one of service to the community and the love of his family and friends.

In Shawn’s memory, please consider a donation to Pacific Assistance Dogs https://pads.ca/the-gift/ or the YWCA of Metro Vancouver. https://ywcavan.org/donate