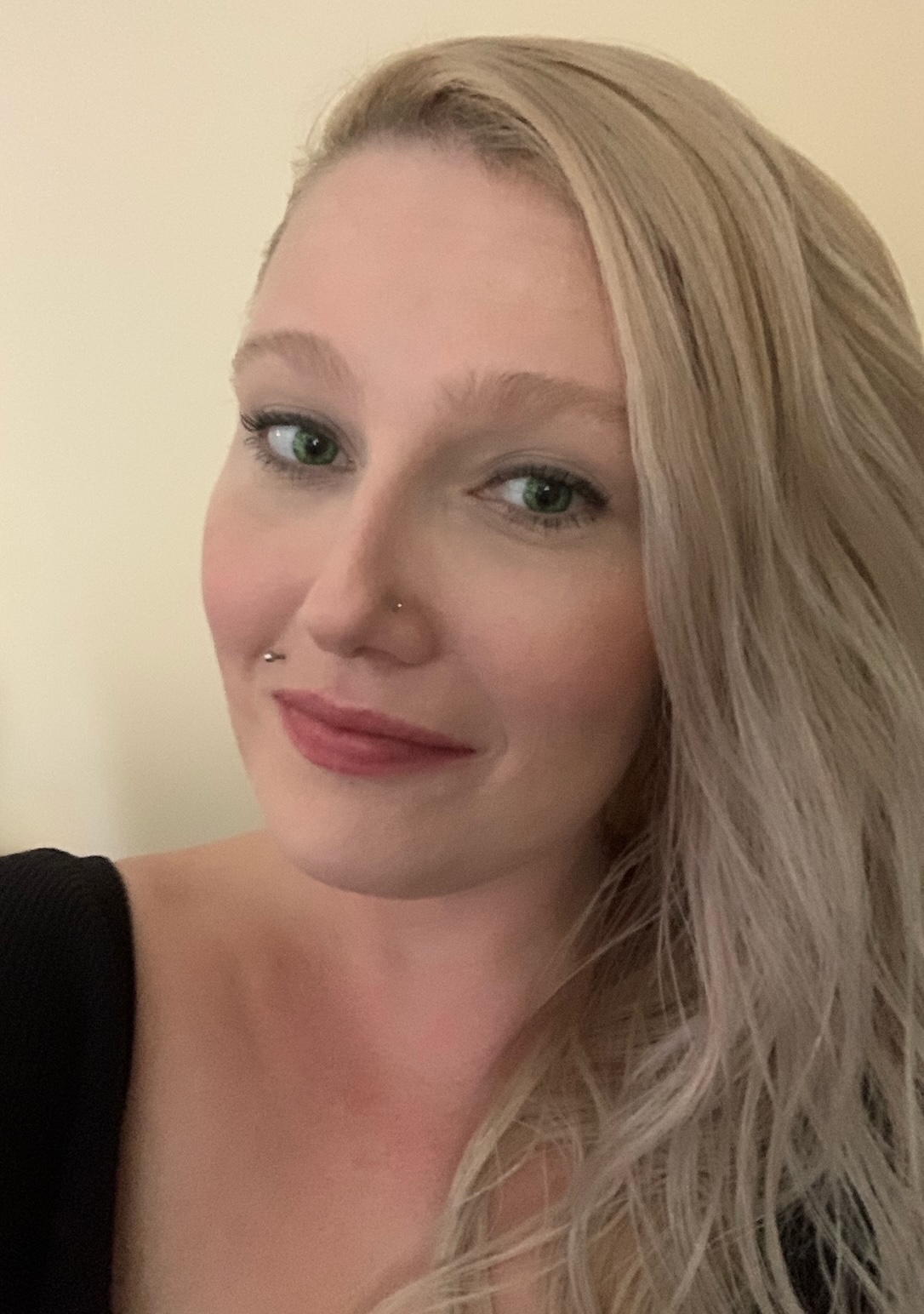 It is with a heavy heart that we, the family of Stephanie Leigh Forster (also known as Steph Limage), share that on December 8th, 2022 she was tragically taken from this earth and is now home with her Heavenly Father.

Born in Selkirk, MB on June 7, 1983, Steph was energetic, curious, & immediately inspired to create. She spent most of her childhood attached to her older sister, Rhiann, who made her test the depth of puddles, catch frogs, and eat leaves (for science). They also shared a love of NKOTB, making their Barbies kiss until their heads fell off, and forcing their parents to watch the terrible dance routines that they choreographed.

In junior high, her need for artistic expression came out in the form of spray painting the school. Later she “redecorated” her first apartment with such enthusiasm that even the ceiling had to be repainted and all of the switch covers replaced. Eventually she began to channel her creativity into more appropriate places.

When she was 19, she bought a one-way bus ticket to Vancouver and quickly established it as her home. There she found a church, a community, and a calling. She dedicated her time and talents to giving a voice to those living in the margins, creating a small empire in her short time with us.

Before becoming a multi-award-winning social & tech entrepreneur, global speaker, & G20 YEA Canadian Delegate, she spent half a decade living in Port-Au-Prince, Haiti post-earthquake.  Steph worked in Haiti for over eleven years where she created a successful studio pilot project (Nehemiah Records) re-skilling/up-skilling marginalized street youth and adults. This program was the catalyst for her multi-award-winning international not-for-profit. Her mom and two of her sisters joined her periodically to work in Port-Au-Prince, as well as falling victim to the digestive gamble that is Haitian street food, and representing Canada by belting out Celine Dion songs.

Steph also co-founded Help-Portrait Vancouver in the Downtown East Side which eventually expanded to the BC Children’s Hospital.  Later she founded Limage Media Group (LMG), a group of social impact companies and media properties. On top of all of that, she was the Director & Founder of an incorporated not-for-profit organization, The Limage Media Group Society, which produces and creates international award-winning social impact and media mentorship programs.

Steph believed in using business and innovation to create positive social change. At the time of her passing, Steph was working on Give + Share Humanitarian Software & Mobile Application (www.give-share.com), which helps mitigate risks during and after an urban humanitarian crisis.

Steph won several awards, but found a lot of ironic joy in winning Stevie Awards, as she’d spent her life trying to escape that childhood nickname.

As if all of that wasn’t enough, she was also a talented artist in a variety of mediums. Painting was her first love, but she also was an established photographer, filmmaker, and musician.

Steph was a Spirit-filled, Jesus-loving, Kingdom builder. Her relationship with God was strong and she passionately shared His love, His truth, and His grace wherever she went thus causing her to be larger than life. She immediately filled every room she entered with her energy and contagious laughter. She traveled fearlessly and inspired others to do the same. Steph loved spending time in nature and was quick to introduce visitors to all of the beauty she had discovered wherever she was living. She was unapologetically herself, feeling all things deeply and loving fiercely. She was incredibly silly and found the humour in all situations, always infusing her special brand of ridiculousness in everything she did. Steph will be forever missed by those whose lives have been touched by hers.

An online guestbook has been set up at forevermissed.com/steph-forster where friends and family are welcomed to share pictures, videos, stories, and condolences.

Additionally, the family would like to hear from anyone who has an open project with Steph and asks that you email [email protected] to discuss how to carry on her legacy. Those who wish to create something with which to honour Steph at her upcoming celebrations of life are invited to reach out via email as well. Event details to be announced in the weeks ahead.

The family wishes to thank Ngaio at KORU Cremation for her loving services, IHIT for their commitment to finding justice for Steph, and all of those who have organized and participated in vigils, paying tribute to her life and advocating for change. We look forward to partnering with women’s organizations in the future to influence policy changes that will protect those at risk.

In lieu of flowers, please give to your community. The family plans to develop a memorial project once they have had time to determine how to best honour her memory.