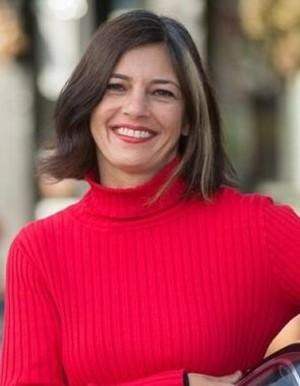 Ulrike Rodrigues died unexpectedly on January 3, 2021 at her home in Vancouver B.C. presumably as a result of a neurological disorder. She was 59.

Ulrike was a world traveler, a writer, a determined bicycle advocate, a sympathetic defender of disadvantaged people, a social organizer, a lover of getting together for beer or breakfast and a friend to many around the world. She was recently a loud voice pointing out the effects of Airbnb on the Vancouver affordable housing shortage.

Ulrike was born in Germany and moved to Ontario as a young child where she grew up in Guelph, Ontario. She relocated to Vancouver in her mid-twenties after graduating from University of Guelph with a Bachelor of Arts degree. She started writing in high school while working on the Centennial CVI Relayer and continued with writing and design work for the Ontarion @ U of G, The Georgia Strait, Momentum, the City of Vancouver, the Society of Technical Communications, to name a few.

Among Ulrike’s bicycle travels were trips in the U.S, all over B.C, along the Alberta Icefields Parkway, Ontario to Newfoundland (by bike & train), solo trips to Thailand, Laos, France, Portugal, Spain, Mexico and Cuba. She also travelled by bike in Goa, Belize, New Zealand & England, and by motorcycle in Australia and Canada.

When not travelling, Ulrike loved living in Vancouver.

She will be sorely missed by her mother, Ursula Rodrigues, brothers Jurgen & Yvan Rodrigues and sisters-in-law Kim and Sarah Rodrigues, not to mention her multitude of close friends in Guelph, Vancouver and the world.

Ulrike generously willed her condominium to Atira Women’s Resource Society to be used as furnished housing for women and girls in need. She also, with her savings, set up an endowment fund called Basic Needs + Mitey Deeds intended to help women in need.

Respecting her wishes, there will not be a funeral. Her body will be cremated.

Memories of Ulrike can be read & posted at remember.ulrike.ca

Condolences can left below on this site.