Werner Pettirsch passed away peacefully on the morning of March 9th, 2020 at the age of 81, after a brief battle with cancer.

At the age of 20, Werner made the brave decision to leave Germany and join his brother, Helmet, in Vancouver, Canada. He left behind his mother, Emilie Pettirsch, and two sisters, Mia Kostler and Traude Hoppe. His sisters both live in Germany.

In 1969 Werner married Frieda Scholz, and they celebrated in the births of their children, John and Angela. Werner had many great memories of camping, swimming, fishing and dirt biking with his family. Sadly, he was predeceased by his wife, in 1990, and his son in 1991. 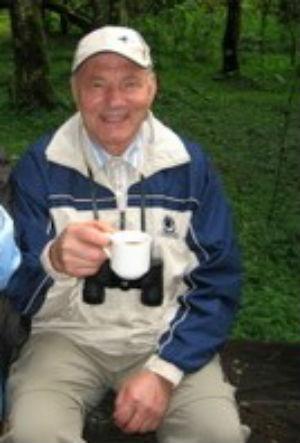 In the beginning, in Canada, Werner and Helmet worked together in the furniture manufacturing business for many years. Later Werner and Frieda then decided to embark on a new career path in the restaurant industry, as the owners/operators of two Brownies Fried Chicken restaurants in the Okanagan. After returning to the Lower Mainland, Werner and John partnered to start a cultured marble business, Pettirsch Marble. Later Werner and Angela would become owner/operators of two Ricky’s restaurants. Werner always had a strong work and family ethic and believed in the importance of guiding and building his family to succeed.

Werner was very pleased for Angela, when she met Oliver, who was to become her husband. He treasured his connection with Angela and Oliver, and enjoyed summer visits with them at their home in the Okanagan.

As Werner transitioned into retirement he met his partner, Gaylene Ward, through their shared passion for square dancing. They enjoyed several trips together, especially their African safari. Werner was always willing to lend a hand, and could often be found at Gaylene’s helping with her latest project around the house or in the garden.

Werner is survived by his partner Gaylene, daughter Angela (Oliver), brother Helmet (Renate), nephews Peter (Laurel) and Chris, and family in the Okanagan and Germany. 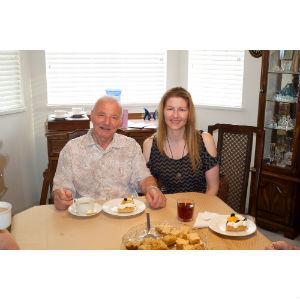