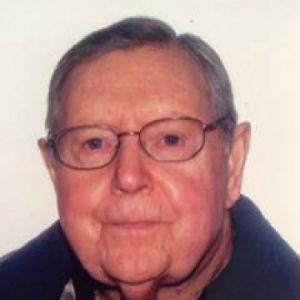 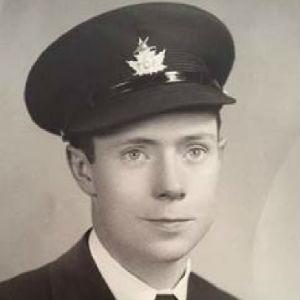 Wilfred James ( Jim ) Doyle was born in Edmonton on October 10, 1928. He was the youngest of a very large family. Within a few years the Doyles moved west, settling in Vancouver, where Jim completed his schooling. As he was growing up he had a keen interest in airplanes. He was hired by TCA ( now Air Canada ) as a passenger agent in 1947 but soon joined the RCAF where he trained and qualified as a pilot. While stationed in Regina, the handsome young pilot met a beautiful young nurse, Doreen Schell. It was love at first sight. They married in 1952. Within a year the Doyle family began to expand, first with Mary ( Tim ), then Joan ( John ), Ruth ( Bill ), Jim ( Wenda ), Brian ( Karen ), Bernie, Gregory ( deceased ), Tom and Bob. He returned to TCA/AC as an airline pilot until his retirement in 1978. He remained in the travel business, opening travel agencies and taking group tours around the world. Jim’s greatest joy and inspiration was his family. The love between Jim and Doreen never wavered. He instilled the love of family in his children ( and their spouses and their children ) and this was his great legacy, of which he was justifiably proud. Apart from family, Jim’s passions were debating, storytelling ( including an expertise in corny jokes ), reading, golf and travel. He had an eternal intellectual and spiritual curiosity. Jim and Doreen travelled widely and Jim made a point of taking each of his children on special trips around the globe. Jim was always optimistic and had a gentle spirit. He had a great sense of humour and was well liked by everyone he met. He was liberal in his views and generous in his time with family and the many close friends he made along the way. After a short hospitalization, Jim passed with dignity, grace and peace on Sept 10, 2017, surrounded by his family and beloved Doreen. He was able to have a special connection with each of his children in the last days of his life. No words can capture a life but the strong family connections with his children, grandchildren and great grandchildren speak to the great love Jim and Doreen shared for so many years. He will be greatly missed and long remembered.