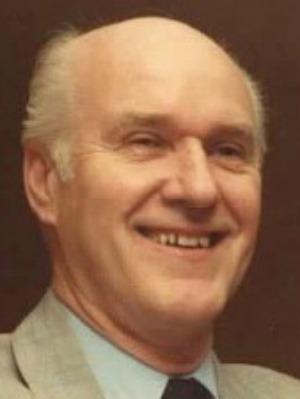 Bill was born in Edmonton, July 16, 1924. He passed on January 17, 2017, held in the love of his partner, Sam Galea, and his sister Helen Johnson, and close family and friends.
Following his service in the RCAF during the Second World War, Bill graduated from the University of Manitoba in Interior Design. Bill’s working career was spent in Montreal with CN Hotels.
Although he enjoyed the hey-days of mid-century Montreal and loved the city, when he retired in 1984, he moved to Vancouver, with which he had fallen in love at first sight in 1946.
Bill remained young until the end. He enjoyed a dazzling 90th birthday celebration and continued welcoming visitors until the last moment.
Bill was predeceased by his parents, William Sr. and Helena, younger brothers Ken and Don.
He is mourned, dearly missed and admiringly remembered by many, including three generations of nieces and nephews, and innumerable friends, for whom Bill has exemplified the very best of what a devoted partner, son, brother, uncle and friend can be.
We will celebrate Bill’s life and the joy he brought to ours in the near future.
In lieu of flowers , a donation to your favourite charity in Bill’s memory would be appreciated.